If the thought of spending hours in the car with your kids fills you with dread, take a deep breath. With a little preparation, you and the kids can spend hours in the car together without driving each other crazy.

Whether it’s a lengthy drive to your destination or a road trip is your goal, use these tips to turn those hours in the car into a fun memory you’ll always remember.

Pack With Fun and Care in Mind

One of the best ways to keep kids occupied is to pack a bag specifically for each child that they can access as you travel. Let them participate in choosing which toys, books or other items they want to bring. Some items won’t travel well, and you’ll likely have to suggest different items or veto one or two, but overall, make sure their bag has a variety of objects for play and comfort.

Playing classic car games is a great way to include the entire family. “I Spy” is probably the oldest road trip game there is. Other fun family games include “Spot the License Plate” and the “Alphabet Game.”

Of course, many vehicles come with backseat entertainment centers and kids often have tablets that provide other ways to entertain. But, nothing beats the classics if you’re looking for a way to get the whole family involved.

Games Made for Travel

Look for travel versions of your child’s favorite activities. For example, Crayola makes  a variety of activity and coloring book sets designed specifically for road travel. Board games, such as travel bingo, also provide hours of fun.

Plan to make frequent stops. In fact, plan on taking twice as much time on a road trip with kids than you would without them.

“Stops not only give everyone a chance to use the facilities, but they also provide a much-needed reprieve from being cooped up in a car.” — David Janeson

Take a short walk, stretch your legs and let the kids expend some energy. You’ll be surprised at how much better everyone feels once they pile back in the car for the next leg of the journey.

Discovering new places to eat is part of the fun when it comes to traveling down the highways and byways. Travel can wreak havoc on stomachs, though, so make sure you bring healthy snacks, such as fruit, along to counter whatever else you and the kids eat.

Pack a travel bag with the essentials, such as cleaning wipes, trash bags, facial wipes, motion sickness medications and other items to clean up spills and take care of anyone who gets sick.

A family road trip can be one of the best experiences you can have with your children. Sure, not everything will go as planned. But, with a little preparation, you can create lasting memories the entire family will cherish.

It’s never too early to begin planning your summer getaway. Here’s a look at six kid-friendly excursions and activities that won’t break your budget this summer, and what you need to know to make them successful.

The confluence of the Red and Assiniboine Rivers is arguably the most significant historical site in Manitoba, at least during the 150 years since the Canadian Confederation’s official founding. Here sits Upper Fort Garry Heritage Park, where residents of a wild frontier region made the fateful choice to join Canada. Learn about their choice, and the complex sociopolitical forces that drove them to make it.

2. Discover Your Inner Kid at the Manitoba Children’s Museum

Need a break from the sun and humidity? Duck inside and discover your inner kid at the Manitoba Children’s Museum, one of Canada’s foremost all-ages museums.

“No matter how old your kids are, they’ll find something to enjoy amid the constantly changing exhibitions and permanent collections here.” — David Janeson

Budget at least four hours of your time, as you never know what you’ll get up to here.

Rising hundreds of meters above the surrounding prairies, Riding Mountain National Park is an accessible wilderness just a few hours from Winnipeg proper. You could easily spend a week wandering the more than 400 kilometers of well-maintained hiking and multi-use trails here, but a couple days of camping works just fine too. One of the highlights is the Manitoba Escarpment, a popular mountain biking destination.

4. Lose Yourself in Assiniboine Park

Back in Winnipeg, Assiniboine Park is the crown jewel of the city’s much-touted park system. Spend a day picnicking on its expansive lawns, exploring its wooded recesses, and admiring the handiwork of world-class artists at Leo Mol Sculpture Garden. The 80-acre zoo is a must-visit, too.

5. Step Back in Time on Hecla Island

Head up to our corner of Manitoba and step back in time. Hecla is just two hours north of Winnipeg by road, but it might as well be on a different planet. Don’t miss Hecla Village, a well-preserved ode to the hardy Icelanders who made their homes here a century ago.

6. Visit the Old Country, Without the Price Tag

Keep the Icelandic theme going through August with a visit to Gimli, home of the annual Manitoba Icelandic Festival. This is Canada’s largest celebration of Icelandic heritage and culture, and it’s fitting that it takes place in the province that’s home to more than one in three Canadians of Icelandic descent.

Most of the activities listed here lie within a few hours’ drive of Winnipeg, well within reach on a long weekend. Some won’t take more than a day of your time. And nothing here is likely to break your family’s bank, though of course your household budget will dictate what you are and aren’t able to accomplish.

Bottom line: you can easily fit all the activities on this list, and more, into your summer getaway plans. Avoid disappointment, and guarantee space at the proverbial inn, by booking as soon as you’re able to get the time off. Summer will be here before you know it.

Unfortunately, Lake Winnipeg is under siege by a multitude of environmental threats. So is the entire Lake Winnipeg Basin, a vast catchment area that feeds Lake Winnipeg and waterways further north. All five of these acute threats are worsening as we speak.

The Red River and its tributaries drain a largely agricultural region covering parts of Saskatchewan, Manitoba, Minnesota, and North and South Dakota. Crop types practices vary throughout the area, with pastureland and wheat more common in its western extent and corn and canola prevalent in its eastern reaches.

Aquatic invasive species are a growing menace in Lake Winnipeg. Ironically, invasive zebra and quagga mussels effectively filter lakewater, improving clarity and color. But they’re devastating for native marine species; they belong in the beautiful lakes and rivers of Eurasia, whence they came.

Climate change is the defining political, social, and economic issue of our time.

“Its importance can’t be overstated. And, unsurprisingly, its effects are being felt right here in the Lake Winnipeg watershed, right now.” — David Janeson

As winters grow shorter and summer droughts extend into fall, the entire regional ecosystem finds itself under strain. For instance, while it’s nice (for humans) to mothball the winter coat in March, many native plant and animal species require long winters to thrive. Others depend on regular summer rains to replenish their water supplies and ensure an uninterrupted reproductive cycle.

By any reasonable standard, the Lake Winnipeg Basin isn’t parched. Depending on where you stand in the southern portion of the basin, you’ll soak up at least 45 centimeters of rain per year (including snow water equivalent). That’s a far cry from the western edge of the Great Plains, in the rain shadow of the Rockies, where you’ll be lucky to see 30 centimeters in a typical year.

Still, modern agriculture requires lots of water, and irrigation demands are rising accordingly throughout the basin. This affects neighboring south-flowing watersheds as well, but it’s more acute in our neck of the woods, where the climate is drier. Again, it’s exacerbated by longer droughts and fleeting snowpack.

Are you worried about the long-term health of Lake Winnipeg? You’re in good company. And you don’t need a water management or environmental studies degree to make a difference.

If you live anywhere in the Lake Winnipeg watershed, on either side of the U.S.-Canada border, you can make a meaningful impact simply by resolving to think intentionally about the water you use, the waste you produce, and your lifestyle’s impact on the environment. Let’s roll up our sleeves and be the change we want to see in the world. 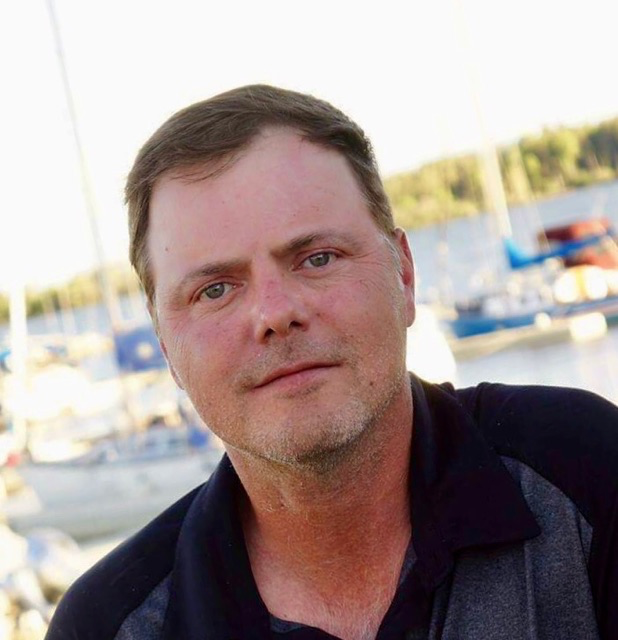